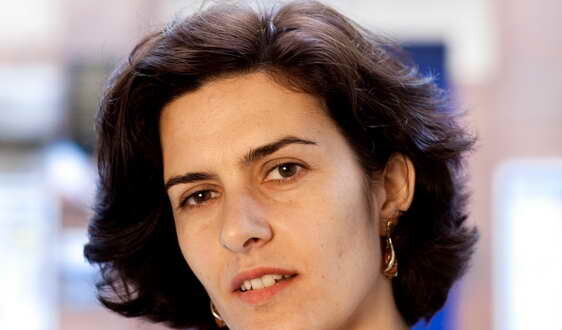 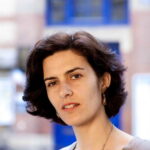 Anne Coffinier pronounced a speech in Spain about education freedom. Here below the transcription.

» Guaranteeing freedom in education (i.e. the parents are free to choose their children’s school and the teachers are free to teach according to their conscience) is crucial for the future of our society. More than one usually thinks. Without an independant education, the fundamental political freedoms (of opinion, expression, conscience, religion, association, initiative) remain meaningless. What would for instance be the use of being free to express your own political ideas, to choose your political party or newspaper, if you are not free also to choose to educate your children according to your conscience, your faith, free to transmit them the truth you believe in, that makes you live ? Likewise, if all minds are shaped in the unique mould of one educational system, where shall we find the plurality of ideas and convictions on which all democratic life needs to be based ? The freedom of education is a prerequisite for any true democracy.

Even though international as internal law relentlessly reaffirms the freedom of education, it is continuously being chipped away in practice.

In all the countries where the State does not guarantee, and funds, a real choice of education (and prefers to keep free public schools alongside with rare and expensive independant schools) only a privileged minority has access to a real choice. This is incompatible with the principle that all citizens should be equals. It does not provide equal opportunities to every child. It is unfair because the parents who have their children in private schools pay twice (the tuitions plus their taxes), notwithstanding the fact that the private schools generate important budget economies for the State. The State itself therefore deliberately penalises the families who choose to make use of the freedom of education, a constitutional right that the State is supposed to guarantee. The State itself, through this discriminatory policy, prevents people with medium or low incomes to enjoy the benefits of a free choice. In practice it means today that most children are barred from the best schools. It is important to underline that the State itself is responsible for this educational injustice, and not the independant schools themselves, which are often blamed for so much.

Why is the State loath to help independant schools which were founded precisely by families with the highest sense of their educationnal responsibility ? We believe this stems from a structural mistrust from the State towards families. Families seem always to have been suspected of conveying different values and principles than those promoted by the party in power or a least by the ministry of national education. In the past, independant schools were suspected not to be “republican” enough or to be too religious. Then, in the 70’s, they were blamed for transmitting a cultural legacy, which was unevenly known in the families.

Today, there are again new reasons for independant schools to be pointed at: as a beacon of stability, of attachment to tradition. In a society that values nothing as much as change, as individualism, as the right to choose one’s own identity references, families disturb. Fundamentally it is their natural independence from the successive prevailing ideologies that makes them suspect. As transmitting a legacy, being attached to a tradition, are depicted as an unbearable violence and alienation, the family is regarded with suspicion because it naturally transmits and preserves. Eventhough international law stresses precisely that the family, as a fundamental cell of society, is the first and foremost agent responsible for the education of children, the State holds that it is better armed to preserve the interest of the child. The alibies it puts forward change. Yesterday, the State wanted to fight sexist prejudices, religious bigotry, sectarianism or social reproduction. The State overestimates the dangers of marginal sects and presents itself as the most able to protect the child against his own family. The State is not in any way troubled by the fact that in so doing, it acts both as a judge and a stakeholder, being itself structurally linked to the prevailing ideology. Paradoxically, as the State fails to guarantee a proficient educational system in France, it positions itself as a rightful judge of the quality and the very right of existence of independant schools, disregarding the fact that they successfully compete with its own system. This reality would be ludicrous where it not so dangerously killing freedoms. It is time that a independant body be entrusted to rate of the quality of the State educational system. It is time we stopped being frightened by the numerous initiatives of the civil society. It is time to remember and remind that the State is always serving an ideology and that therefore it has no right to cast a judgement on education, which is out of its regalian duties. Having a single State educational system or a State poised as a referee of the independant schools is akin to totalitarianism. We ought to protect societies from such an evolution. Should we aspire to be a creative society, receptive to transcendence, and prevent our children from sliding towards conformism, materialism and relativism, there is only one way : to give the families the means to truly choose the school they want to send their children to and protect with utmost vigilance the quality and diversity of a our educational offer.

In this context, we feel that fighting to preserve freedom in education is tantamount to fighting for freedom and guaranteeing the future of our democracy. Raising the awareness among parents as well as teachers of the importance of freedom of education should be a priority to us all. Spurring the State to provide the funds for a free educational choice – though « vouchers » for instance – is the only way to have everyone – and not only a privileged minority – enjoy freedom in the field of education. But we should also bear in mind that we ought to be very careful of the quality of freedom we want to protect. A share formal freedom of eduction is not enough. If we want the freedom we promote to have its full sense, the curricula and spirit of independant schools need to be substantially different from that of prevailing schools. In this regard, the humanistic model of education, based on Athens, Rome and Jerusalem, should be fully endorsed and updated without complex in these independant schools should we want them to engrain in our children’s minds the quality of freedom we hold dear. «